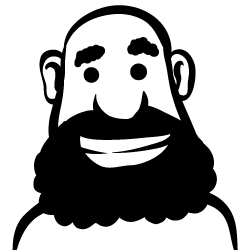 When I became pregnant with my first child, I was so excited! I also had a lot to learn. I was having a lot of back pain during pregnancy, so I was eager to find a natural supplement that could help it. I found one at the local health food store that looked like it might work, so I bought it. I then went home and was just about to try a dose when I found a warning on the bottle that said it should not be taken during pregnancy! I almost took it before I noticed that warning, and I felt relieved I caught it before I put my baby in danger. I created this blog to remind all pregnant mothers that even natural supplements should be cleared by your doctor before you take them. They still contain natural chemicals that may not be safe to take during pregnancy.

Scoliosis is a spinal growth condition that, while it used to get a lot of attention, isn't often discussed anymore. Many public schools conduct scoliosis screenings, and your child's doctor will often do the same at annual physicals. However, as a parent, you may be unsure of what it means for your child if you've been told that he or she has scoliosis. Here's a look at some things that you should know about the condition and its treatment.

Scoliosis is a spinal curvature condition in which the spine develops a sideways curve. Most commonly developed during adolescence, this condition can be concerning, and in many cases, treatment is needed to help straighten the spine.

Most doctors attribute the timing of scoliosis development to the rapid growth periods that occur in adolescence. The body grows so fast that the spine's shape is altered for some children. However, the curvature can often stop progressing if you can seek the appropriate intervention early.

Why Is Your Doctor Suggesting No Treatment For Your Child's Scoliosis?

It used to be that a scoliosis diagnosis automatically meant the use of a full upper-body brace to help keep the spine straight and prevent the condition from worsening. Modern research has discovered, however, that this intervention isn't always necessary.

Your doctor may suggest that you have your child's spine monitored every few months for a while to determine the severity of the condition and how rapidly it's progressing. Some conditions don't progress beyond a few degrees of curvature and, as a result, don't need any intervention.

When Should You Treat Scoliosis?

Additionally, if the curve of the spine remains below about 25 percent, it's not going to significantly interfere with daily life or growth. As a result, your doctor won't typically recommend treatment until the curve reaches at least 25 or 30 percent.

How Do You Treat Scoliosis?

There are a few different methods used to treat scoliosis in growing adolescents. An upper-body brace is one of the most common choices, but it isn't necessarily the only option. There are physical therapy exercises that can help as well. In severe cases, you may be advised to seek surgical correction.

Talk with a doctor like C D Denison today if you are concerned about scoliosis.